Swann was the host of Reality Check, a news segment focused on journalism with in-depth research on issues partially or completely ignored by popular media, including some controversial issues. The show was on the air for several years before disappearing last winter. After a year of absence, the return of Reality Check has been announced thanks to the exclusive financing of the Dash network.

According to Swann, a follower and user of cryptocurrencies for a long time, Dash has stood out from the bunch due to its unique characteristics:

«I’ve been an advocate of cryptocurrencies and the blockchain for years (since 2013) and when I found out about Dash’s treasury I was intrigued. Beyond that, I learned from Dash as digital money, as well as technology [InstantSend], I think Dash is ready to excel beyond other altcoins because it is technologically superior. «

The re-launch proposal of Reality Check is positioned as one of the largest in the history of Dash. The show previously reached many millions of followers, and Swann remains confident that similar results will be achievable with the relaunch. Dash will be the sole sponsor of Reality Check during this process, which will include syndicated videos through other networks, as well as the public participation of Swann and his team in various cryptocurrency and blockchain events and conferences. Additionally, Dash will be the sole sponsor of the Truth in Media website, with merchandise bearing both brands.

The proposal was launched in December during the holidays, and generated a significant amount of buzz and discussions, including a flurry of questions from the community. Among these questions was the request that the Dash network have some kind of guarantee that Swann and his team made their respective delivery, especially since Dash’s financing mechanism is protocol-level and does not include any type of guarantee. for contractors to respond, such as a legal contract. Swann improvised designing a legal contract with Dash’s masternodes network as trainers, considering the successful «yes» vote as a binding firm, in a unique way to form business alliances, according to Swann:

«The funding request experience was stressful, but we managed to get closer to Dash in a way that nobody had done before, including the creation of a digital contract that used blockchain transactions as signatures.»

Despite the initial arduous debate that included some dissent, the proposal was approved in a forceful manner and remains with 1066 Yes / 247 No / 12 Abstaining.

The exclusive sponsorship of Reality Check by the Dash network underscores the ability of technology to overcome censorship. At the beginning of last year, the final segment of Reality Check covered a controversial investigation of a political nature in the US. UU which resulted in a firestorm that included a backlash, after which all of Swann’s social accounts were canceled. During the year of inactivity, many speculated on what had happened, with the hashtag #WhereIsBen Swann gaining attention.

Now, the ability to seek funding from the Dash network has greatly facilitated the task of seeking independent funds. Dash is a decentralized autonomous organization ( DAO ) and due to its completely decentralized structure , anyone can participate in its ecosystem without requesting permission from some person or group of people. Because of this, there is no centralized organization that can be intimidated to withdraw funds from controversial media, but a broad network of thousands of anonymous investors who can finance any project they deem appropriate without fear.

The founder of Wikileaks, Julian Assange, pointed out how Bitcoin allowed the organization not only to survive the loss of bank accounts and all means of donation, but also to prosper:

My deepest thanks to the US government, Senator McCain and Senator Lieberman for pushing Visa, MasterCard, Payal, AmEx, Mooneybookers, et al, into erecting an illegal banking blockade against @WikiLeaks starting in 2010. It caused us to invest in Bitcoin — with > 50000% return. pic.twitter.com/9i8D69yxLC

Dash follows the same model, only with the additional benefit of having an organization that can offer meaningful, consistent and recurring funding to partners, rather than having to wait for third parties or using a crowdfunding or crowdfunding model. According to Swann, the process of financing media projects through a decentralized network changes all perspectives for censored controversial media.

«It was an intense process to negotiate with so many people simultaneously, but at the same time it was exciting to be part of something so innovative. Completely funding a cryptocurrency media project demonstrates that the power of this currency goes beyond a financial issue … it is changing the power structures in many industries. « 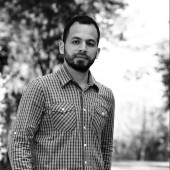